How To Change Chart Types In Think-Cell 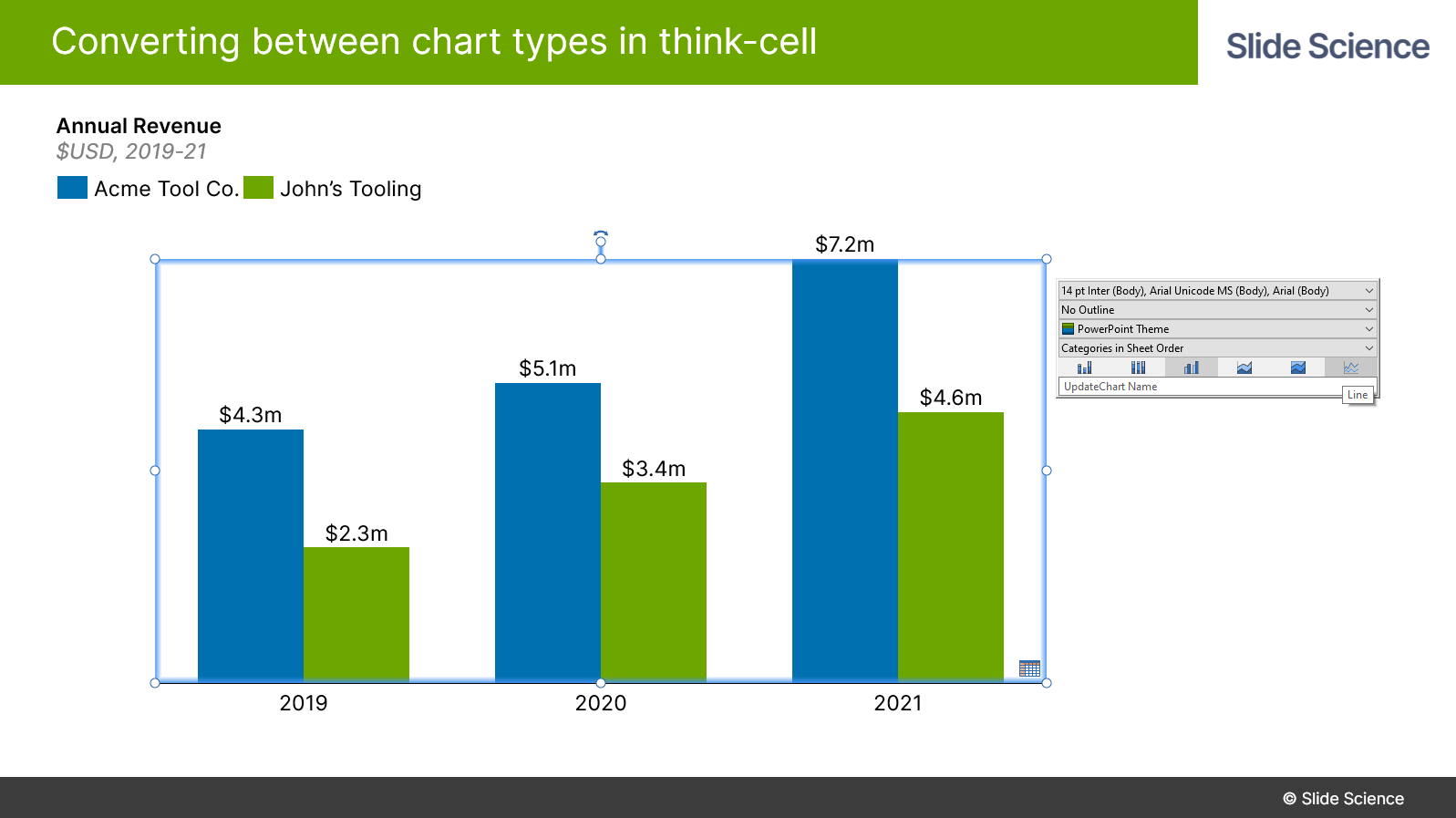 Simply left-click on the chart, then you’ll see a blue border around the chart and a toolbar will appear. Toward the bottom of the toolbar, you can select the chart type you’ll like to convert to.

Switching between columns and line series within a chart 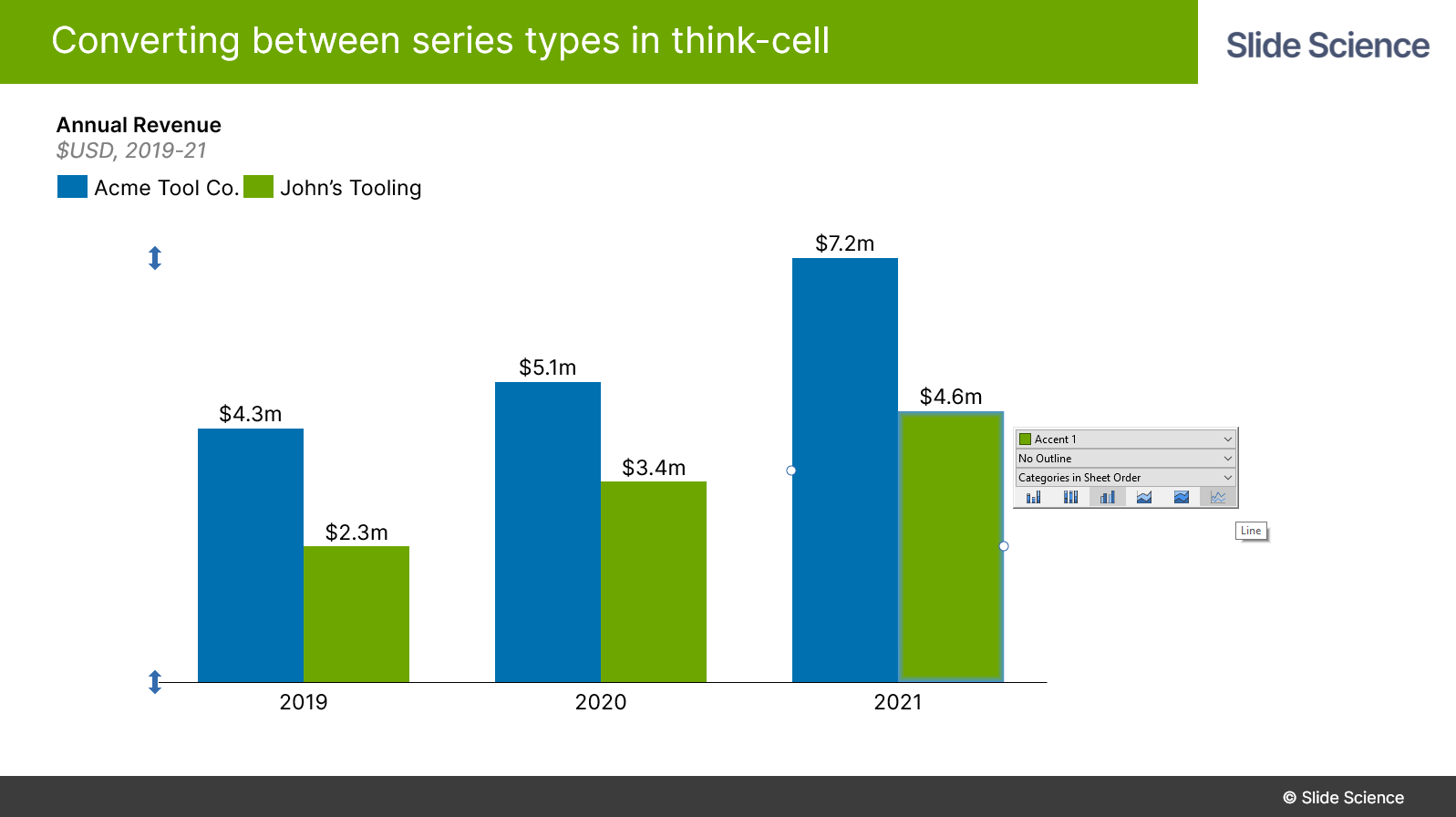 To change the series types in think-cell, simply click on the series. You’ll see a floating toolbar appear. You can then select the chart type that you’d like for that series.

This screenshot looks similar to the first screenshot above. However, you’ll notice that there’s no blue border around the entire chart in this case. This is because we’ve selected the series and not the overall chart.

Switching between column and bar charts 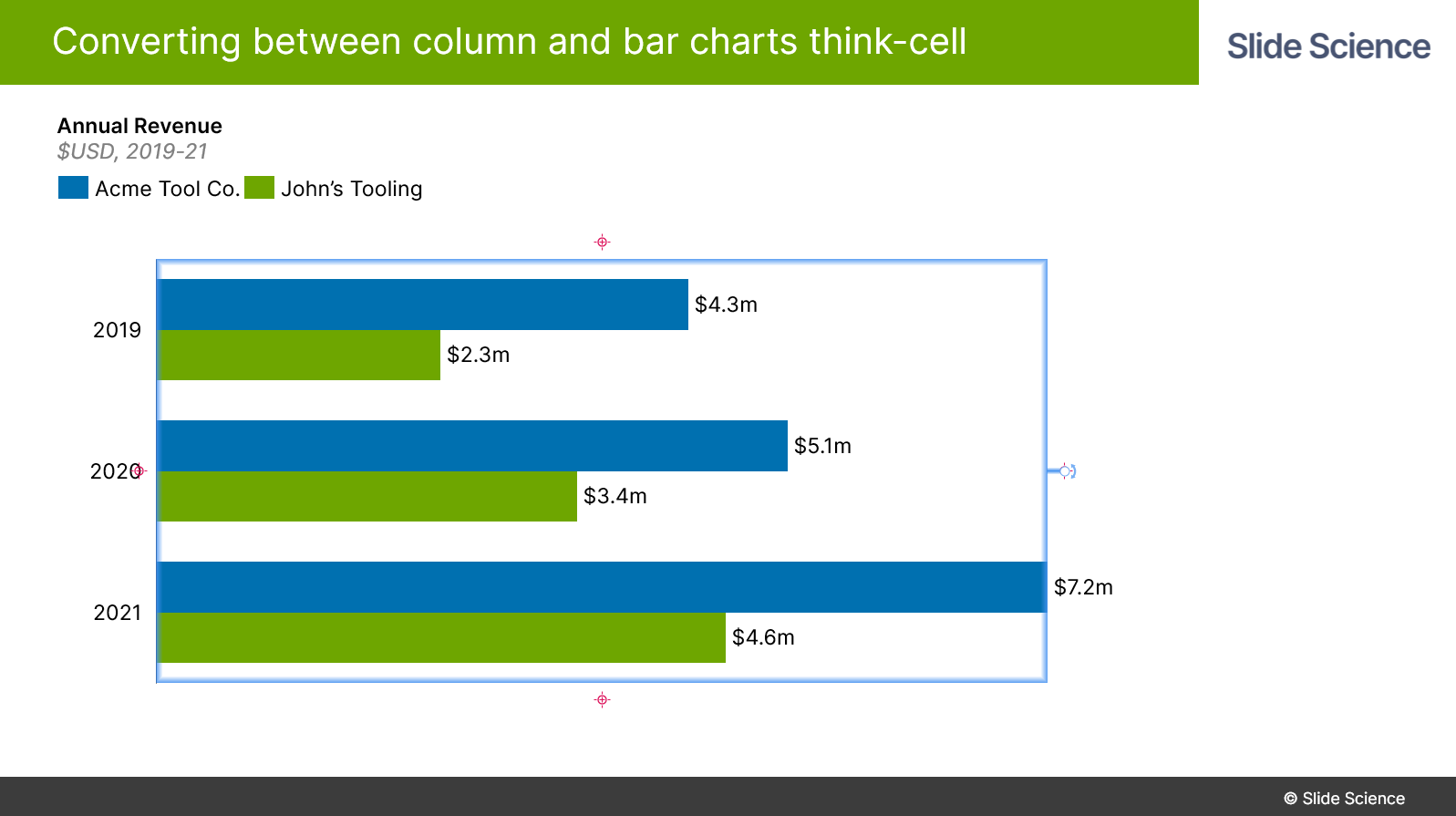 Finally, you can very quickly change between column charts and bar charts in think-cell.

First, left-click on the chart, and you’ll see a blue border around the chart and a “pivot anchor” at the top of the chart. Click on the pivot anchor and drag it to the right or left to rotate the chart.

This can also be done with Mekko and Waterfall charts.

Switching between other chart types

If the three options above don’t solve your problem, then you might need to recreate the chart from scratch.

In some cases, you might have to adjust the format of the data. But in other cases, you can simply paste the data in the new chart and you’re good to go.

Learn how to build slide decks like an experienced strategy consultant

We break down real-world slide decks from McKinsey & Co, Bain and BCG to unpack how they craft compelling slide decks.