The “Draft, Drain, Refine” Method For Sharpening Your Slide Text

Most people focus exclusively on the visualizations in their slide decks (it’s probably why our template pack is so popular ????).

And that’s no surprise, the most eye-catching part of any slide deck is the crisp charts and other graphics.

But if you look at any McKinsey, Bain or BCG slide deck, you’ll notice that they don’t just use visuals in their charts. Let’s take a look at this slide from McKinsey: 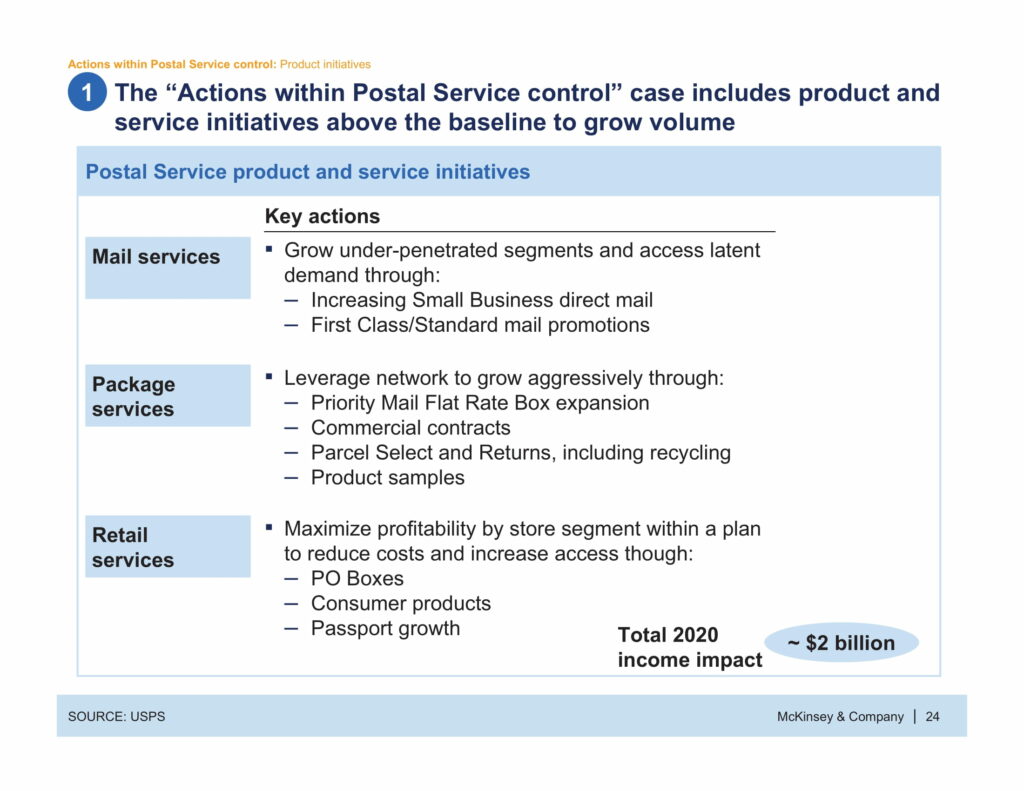 There’s an important place for text in slides. Not only can we use text to provide important context to support our visualizations, but also to guide the reader to the important ‘so what’ or implications.

But most people don’t really understand how to use text effectively. They tend to use fancy “consulting speak” or long, verbose explanations that actually obsure their message.

So let’s walk through a simple, three-step method to transform your slide text from crappy to crisp.

Step 1. Draft a first version of your text

You need to understand that you’re never going to write perfect text the first time around.

So don’t agonize over how bad your first draft is. Instead, you need to learn to be comfortable getting something down on paper.

This first draft is simply a starting point. From there, we can apply the ‘drain’ and ‘refine’ steps to finalise the text.

Let’s work through an example. Here’s the first draft of a slide learn-in for an imaginary slide:

At first glance, this doesn’t look too bad. But let’s see how much we can improve it…

Most of us learnt how to write in English class. And we were taught to write flowing prose that conjures up vivid imagery and strong emotions.

But writing for a slide deck is completely the opposite. Our writing should be simple, uncluttered, and clear.

So now that we have our starting point, we edit savagely to remove any unnecessary words.

Once I have my draft written, the very first thing I do is put it through Steve Hanov’s Zinsser transformer. This tool automatically identifies, transforms or removes ~600 common “wordy” phrases.

After that, I do a manual check for wordiness myself. I have a short cheatsheet for common simplifications and removals:

Of course, you should extend this list to include words and phrases that you commonly and incorrectly use.

Drain: By reducing branches and replacing them with ATMs, Barclays could save over $500m in OPEX

Step 3. Refine your tone and structure

Finally, once we’ve removed any redundant words from our text, it’s time to refine the structure and tone.

At this stage, I’m looking to do things like:

Drain: By reducing branches and replacing them with ATMs, Barclays could save over $500m in OPEX

Refine: Barclays could save over $500m in OPEX by replacing branches with ATMs

Some talented writers might be able to immediately and naturally write our final example. But for most of us, it really helps to go through a process of checking and refining our text until we have something short, sharp and clear. For that, don’t forget “Draft, Drain, Refine”.

Trusted by thousands of executives, consultants and freelancers 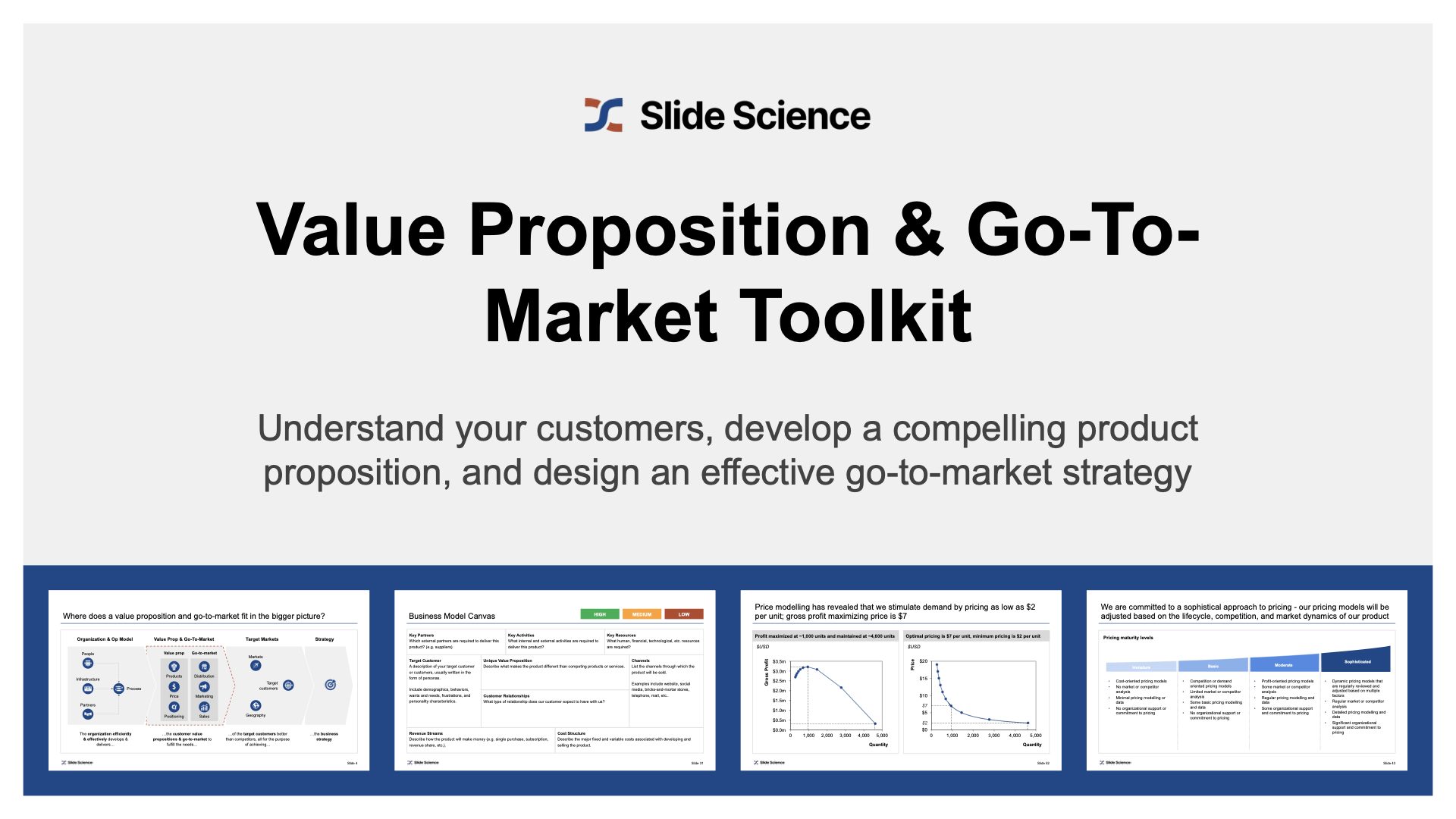 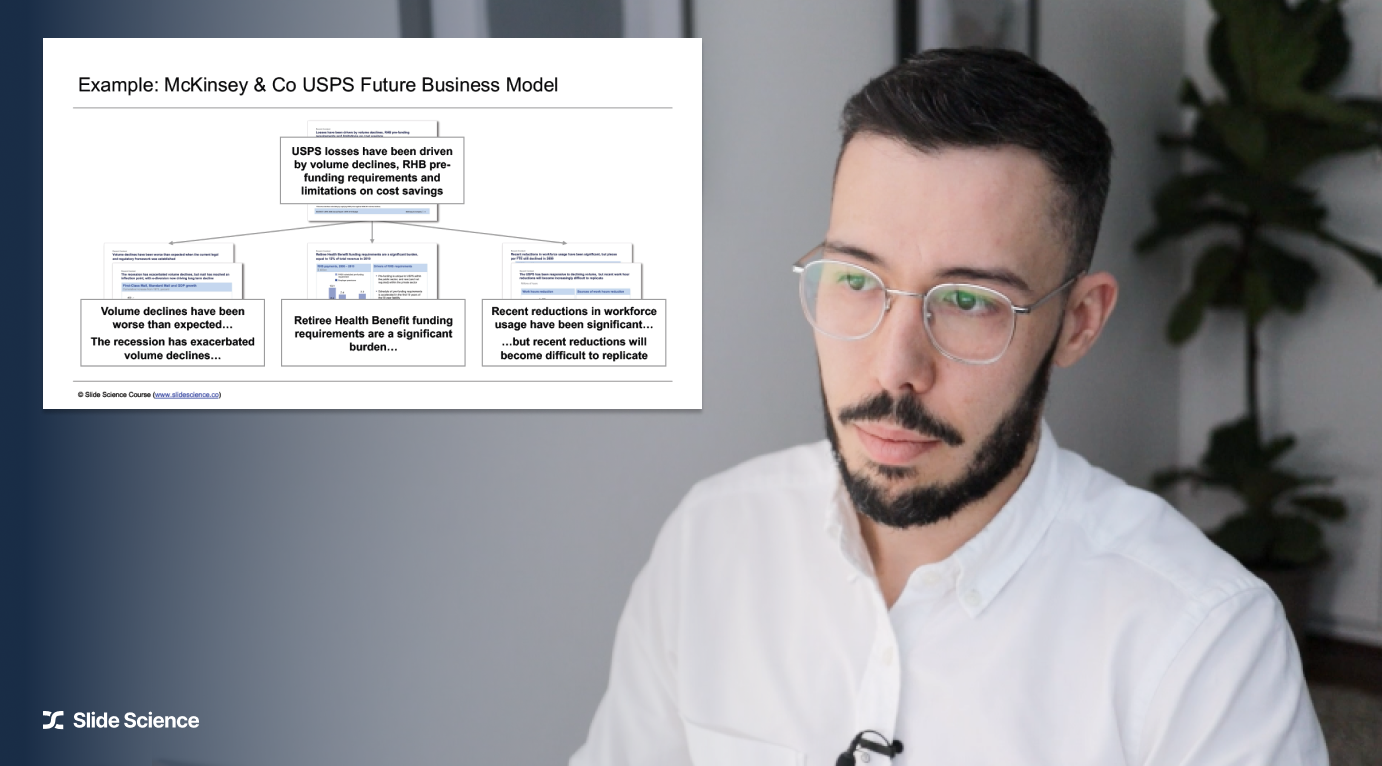